THERE are a couple of times during a home-building when it seems like you'll never see the end.  Well, we're in one of those now. Progress is being made, but it's hidden.  Milestones get passed, but they kind of take you by surprise.  For example, without any fanfare this week, the PUD came up and connected the house to power.  We have power! The outlets work!

We are nearing the end of the sheetrock phase, with the taper telling us Tuesday he thought he'd finish this week. Leo's guys have been working on the exterior, mainly on the pine soffits; they are so pretty! Leo's beams are in, but they're hard to see in the photo, as he's covered them to protect from the sheetrock activity. We think they're just the perfect scale and the wood is gorgeous.  Nick came back to do some grading and spread some gravel to build up areas near the house.  We won't get concrete walks down this year - we've run out of weather.  We will be coming and going from the house on compacted gravel.

And yes, it's full-on fall now, which means cold nights over on the Eastern slopes of the Cascades. Wally's brother John and his husband Andrew joined us for a stay in the farmhouse, since they were in Portland.  We had a nice visit, complete with a hike to the top of the ridge.  The valley is a beautiful tapestry of colors that vary a little, orchard to orchard.  The sun's still bright, but it's coming in low, making the hills look folded.  The valley lost a month of fall due to the smoke, but it's been glorious since it cleared up.  We missed this stage last fall, so enjoy these images from last week. 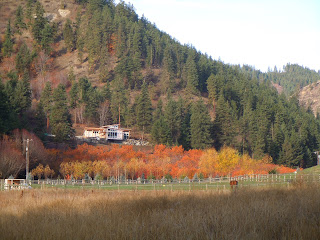 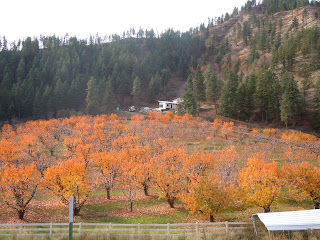 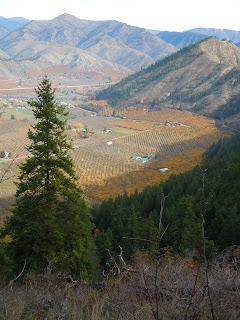 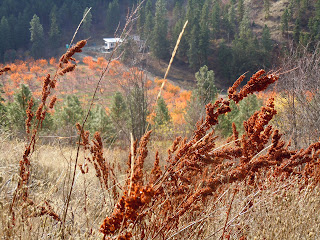 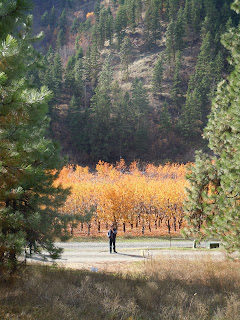 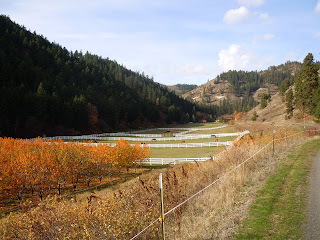 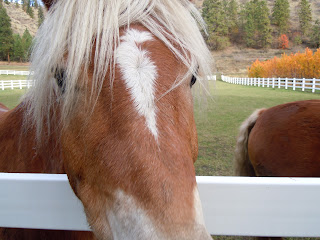 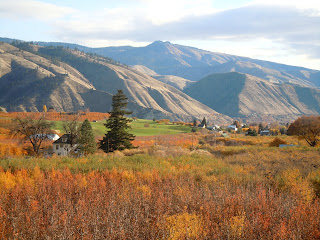 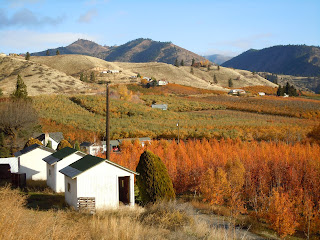 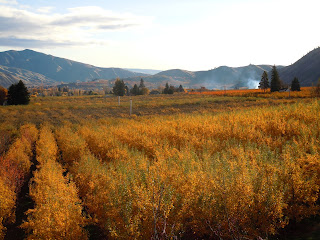 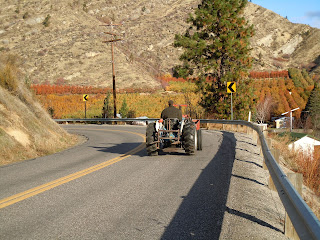 Next up:  Siding and Exterior Trim

Leslie Lloyd
What does the hungry traveler want to share?